This article is originally from Crain’s Cleveland Business, written by Stan Bullard on April 10, 2022.

Soprema U.S., an arm of Strasbourg, France-based Soprema Group, is about to make its headquarters a showplace for architects, builders and its neighbors in a Wadsworth industrial park. Cleveland architecture firm Vocon has designed an expansion for the company’s headquarters that will give it a shimmery modern exterior and integrate many of the company’s products for the building market into the project. Many are environmentally friendly products that reduce building impacts and aim to make it a nearly zero-emission building.

Metal panels, or louvers, that help shade the building from direct sunlight will be imported from Europe for the building because the company does not yet sell them in the United States.

At the same time, the design will replace a workmanlike concrete building dating from 1992 with a contemporary design.

Jodi van der Wiel, design director at Vocon, said the project’s goal is “to create an exciting new space that energizes employees while advancing zero-emission building philosophies and human sustainability. The design re-imagines the dated, existing structure with a highly efficient space matching the needs of an evolving workforce.”

To that end, the structure will have features such as Soprema’s green roof, which will also go onto new terraces, its vegetation-covered walls and the company’s legacy waterproof roofing and associated building products.

Tim Kersey, Soprema U.S. CEO, said in an interview the design is not only prized by privately held Soprema’s owner, Pierre-Etienne Bindschedler, but the investment also will meet business goals for the company in Medina County.

“We’ve grown so much over the last 10 years that we needed to get everyone back under one roof,” Kersey said, as it has staffers not only in its headquarters and production structure but also in two other buildings nearby.

While the plan has been years in the making, the pandemic disruption and the rise of the work-from-home era is not changing the course of the project.

“We don’t think fully remote work is sustainable,” Kersey said. “It was time to put everyone back under one roof. We think people need interaction. It’s healthier. You cannot replace, as they used to say, ‘water cooler talk.’ “

The expansion and updating will mean a lot for Soprema staffers.

Nick Randjelovic, Soprema’s director of business development and technical services, said in a Zoom interview, “We’re all excited to be in one building. We don’t want to have to jump in our cars to do business together. And we’ll enjoy the open-office design.” 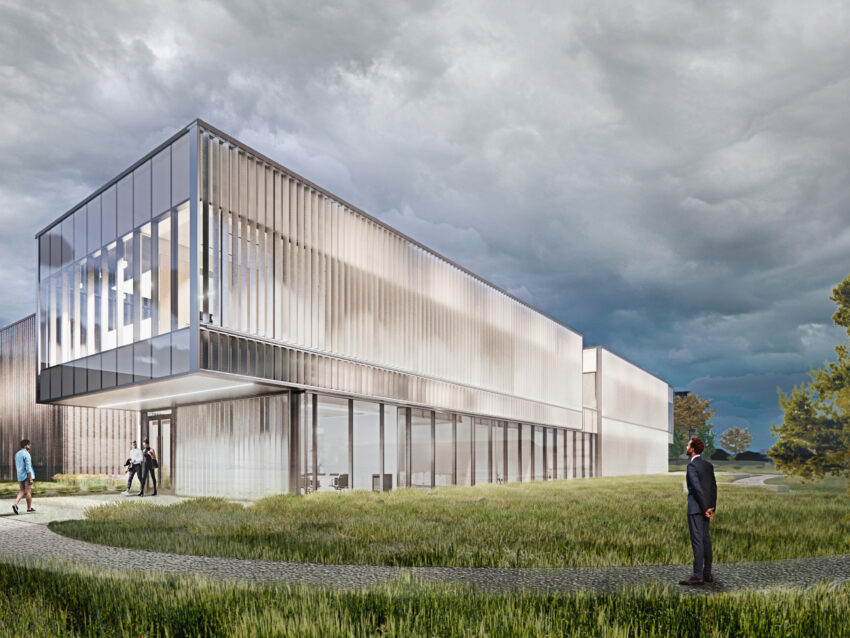