Understanding Generation Z and its Expectations for the Modern Workplace

The New Kids on the Block

While appealing to Millennials has dominated the workplace conversation in recent years, a new group, Generation Z, is on its way to transform how organizations conduct day-to-day business. With members of Generation Z entering the workforce by 2020, understanding who this generation is – and what its members require in a workplace – will become essential for any organization hoping to attract and retain members of this young, technologically savvy generation.

Born in the early 2000s, members of Generation Z have been shaped by the unique social environment in which they’ve been raised, creating a specific set of wants and expectations different from others in the workforce. Growing up in a world filled with increased threats to national security, as well as a global recession, has led members of Generation Z to become more cautious, self-reliant and calculated than previous generations. The recession also inspired a deep sense of social justice, philanthropy and maturity within this generation, as it’s had to face economic hardships at a young age. Today’s students have plenty of “street smarts,” with the economic know-how and the drive to accomplish their goals.

DIGITALLY NATIVE: Technology has molded Generation Z in a big way, too. The first digitally-native generation, today’s kids “don’t make the distinction between the physical and digital world. It’s the same to them,” Jamie Gutfreund, CMO at Deep Focus, recently told RIS Media. Social media is at the center of their universe, with Gen Z placing the same value on digital and in-person communication – a mindset that leads them to shine in online collaborations but may hinder their face-to-face communication skills.

Multitasking comes naturally to Generation Z, as teens can now skillfully monitor several devices at once, and they have a high capacity for absorbing information. This familiarity with online interaction prepares them to shine in online collaborations in the workforce, as well as handle more mentally demanding and complex tasks. However, the ability to process several streams of information does come with a negative tradeoff – short attention spans of just eight seconds. Millennials’ attention spans average 12 seconds.

DIVERSE AND PLURALISTIC: Generation Z is the most ethnically diverse generation in American history, with 47% categorized as ethnic minorities, according to the U.S. Census Bureau. Between 2000 and 2010, the country’s Hispanic population grew four times the rate of the total population. The number of Americans of mixed white and Asian origin increased 87%.

Those profound demographic shifts are reflected at a cultural level too. This diversity has fostered a pluralistic attitude among the group, who believe diverse races, religions and orientations can peacefully coexist. They also possess a remarkable degree of altruism, keenly aware of their environment and how their choices impact the world around them.

INDEPENDENT: This generation has been raised by Gen X parents who were deeply affected by their Baby Boomer parents’ historically high divorce rate and mass downsizing in their companies. With both parents in the work force as a result, these former latchkey kids had to be independent at an early age, and value a street smart sense of self-reliance in their own children.

Generation Z doesn’t wait for their parents to teach them things or tell them how to make decisions. Nearly 32% of Gen Z says autonomy is one of their most important career goals, compared to just 22% of Millennials, according to a study by Universum.

ENTREPRENEURIAL: In that same survey, nearly 55% of Generation Z Universum polled said they’re interested in starting their own company. They’re witnessing start-ups succeed via social media. They have resources to teach themselves new skills, entrepreneurial training programs and mentorship opportunities that didn’t exist when Millennials were their age.

SMARTER: There’s been plenty of hand-wringing about all the skills this generation might lack, such as the ability to concentrate on a complex task from beginning to end. On the contrary, Gen Z’s ability to process massive amounts of information will prepare them for more mentally demanding jobs. Sam Anderson writes in New York Magazine that the brain will continually change based on the experience of dealing with more complex information, a feature called neuroplasticity. Some argue this will be the defining feature of Generation Z.

PRAGMATIC: Unlike Millennials who grew up during the relative economic prosperity of the 1990s, Generation Z has lived through the Great Recession, 9/11, the War on Terror and mass shootings. Many have seen their homes foreclosed, the loss of a parent’s job or their siblings struggle to find work after college. This group has faced the reality of challenging times their entire lives. Social psychologists says this has rendered them more pragmatic, conservative, hardworking and even skeptical than the generation before them.

MORE LIKE YOUR GRANDPARENTS THAN YOU THINK … When you combine all of these traits, the parallels between Generation Z and the Silent Generation – the children of the late 1920s through early 1940s – are obvious, says Neil Howe, an American historian, economist, and demographer best known for his work with William Strauss on social generations and generational cycles in American history. The Silent Generation was strongly molded by war and the Great Depression. They were not only overly thrifty, but the most-career focused, and richest generation in our history, Howe points out.

INTEGRATING GENERATION Z INTO THE WORKPLACE

Generation Z will begin to play a major role in the workforce in just a few short years. At Vocon, we’re helping leading organizations look ahead to examine how their work environment and business culture will support the needs and expectations of their future employees and customers.

PROVIDE CHOICE:  Gen Z will demand mobile work options that allows them to choose how and where they work. Tomorrow’s workplace must be flexible, nimble and offer a variety of work settings that support employee tasks throughout the day – from individual, focused work to collaborative interactions – seamlessly.

EXEMPLIFY BRAND AND MISSION:  Whether a potential employee or a customer, Gen Z will seek out organizations that exhibit a clear purpose and culture. The experience of each user is optimized by tightly integrating an organization’s brand, corporate values and cultural expectations into the workplace design.

BUILD COMMUNITY: Work is a profoundly social activity, especially for today’s Millennials and the Gen Zs entering the workplace. We’re designing work environments that foster relationship building, connect people, and recognize the contributions of employees. The upshot of this investment in social capital is higher employee morale, loyalty, engagement and ultimately organizational effectiveness.

PROMOTE WELLBEING: Leading organizations recognize the competitive advantage they gain in supporting their employees’ holistic wellbeing. A workforce whose physical, cognitive, and emotional wellbeing is in balance is healthier, more productive, happy, innovative, and less likely to leave for a competitor. Their health care costs are also lower.

The dawn of Generation Z is rapidly approaching. Changes ushered in by Millennials will continue to expand thanks to the diversity of Generation Z, leading to different and better ways of conducting business. To reap the best rewards from Generation Z, businesses need to create spaces this generation needs and expects, allowing both Generation Z and their organizations to flourish.

This content was featured in the August 2016 issue of Workplaces Magazine. 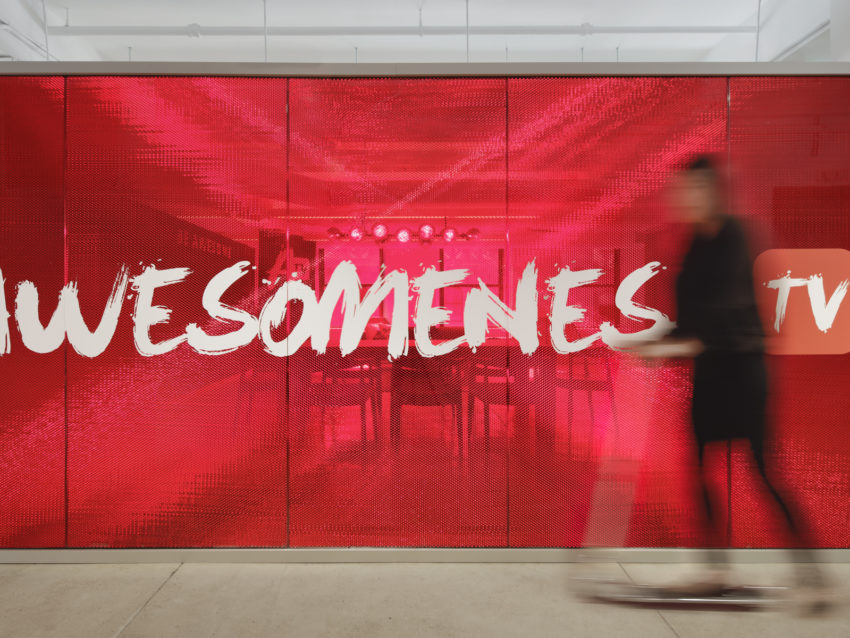