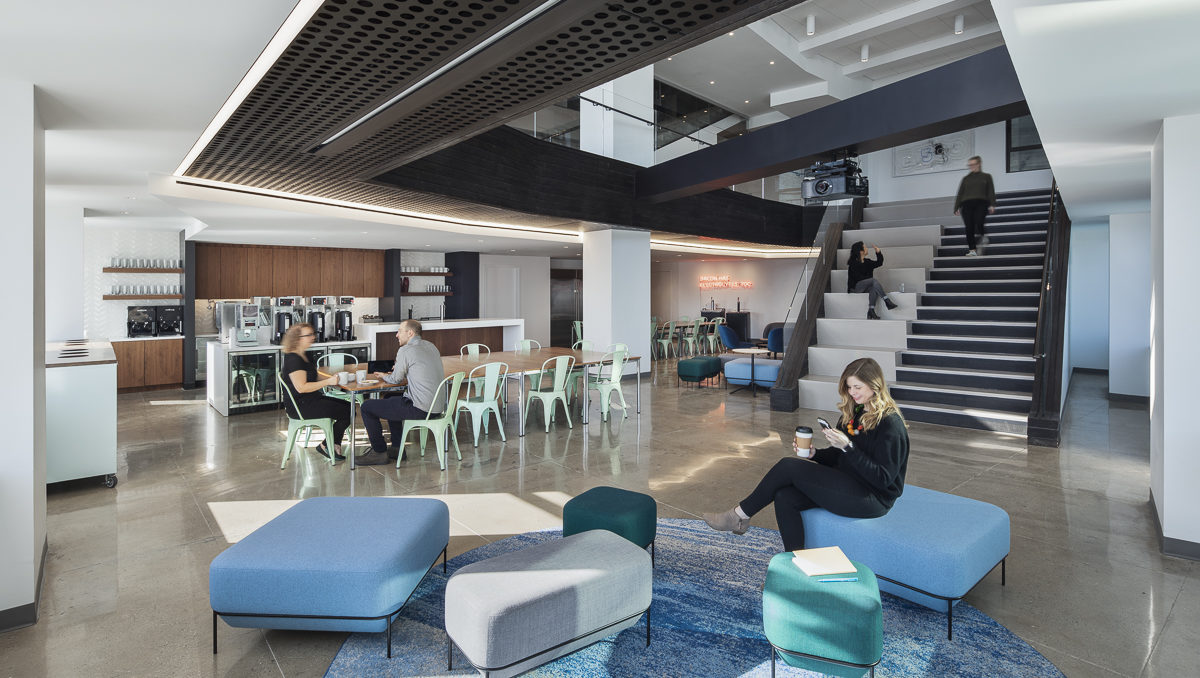 When Droga5 updated their NYC offices, they turned to Vocon to create a range of work areas that offered employees more flexibility. From “pocket lounges” to client-facing areas, we created a space that’s built for collaboration.

Known as one of the top ad agencies in the world, Droga5 is a New York City-based global advertising agency whose work includes broadcast, experiential, and social media projects for clients like The New York Times, Android, and Under Armour.

They have a well-defined brand with a distinct cultural and visual identity, so when we partnered with them to update their New York City offices, we planned and designed a space that further promotes this company culture. We highlighted the agency’s signature elements of black wood, walnut, and metal accents throughout the design, adding pops of blue from the agency’s brand palette, preserving the original concrete floors, and opening the ceilings. Our careful integration of disparate materials creates layers and textures, highlighting differences while creating warmth and depth that echo the company’s culture.

The layout of the space was intended to clearly define areas for client interfacing, team collaboration, and use for production. On one floor, we wove a series of pocket lounges throughout the open floor plan and private offices. The design features a main corridor that echoes the perimeter of the space, separating the private office areas from the open bench seating, offering a clear line of sight throughout the spaces.

To give clients greater visibility into the agency’s work, we redesigned a floor that was used for A/V editing and mixed media production to serve as a client-facing space as well. Additional floors bridge the old and new workspaces, offering a large informal lounge with stadium seating, perfect for touchdown or temporary meeting spaces as well as large staff meetings and weekly events and activities. The large community pantry opens to lounge seating and space to display current work, all aimed at encouraging collaboration and idea sharing. 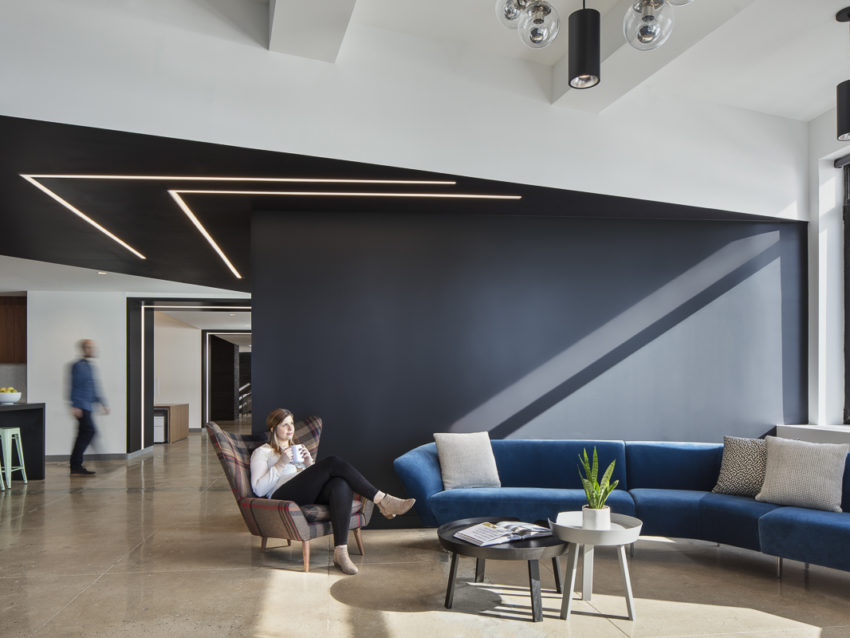 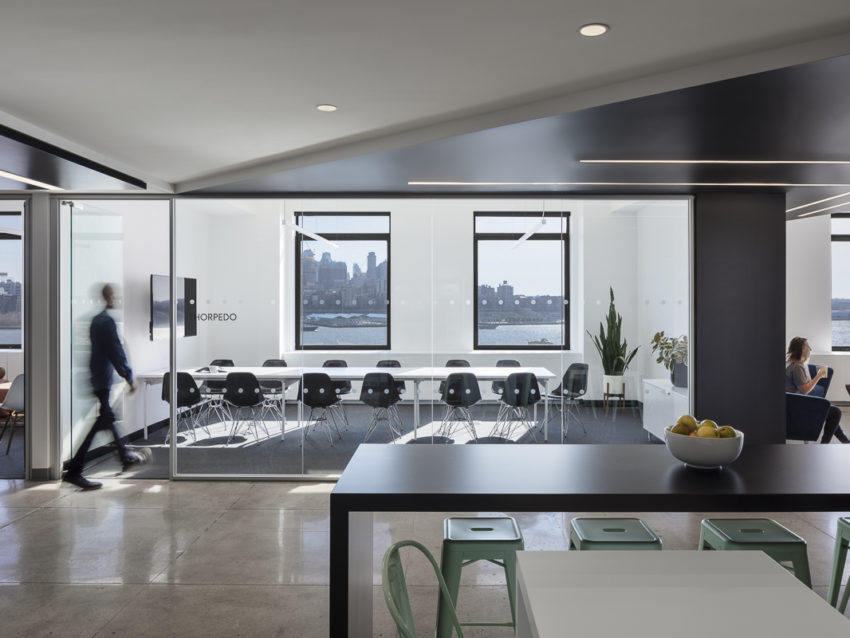 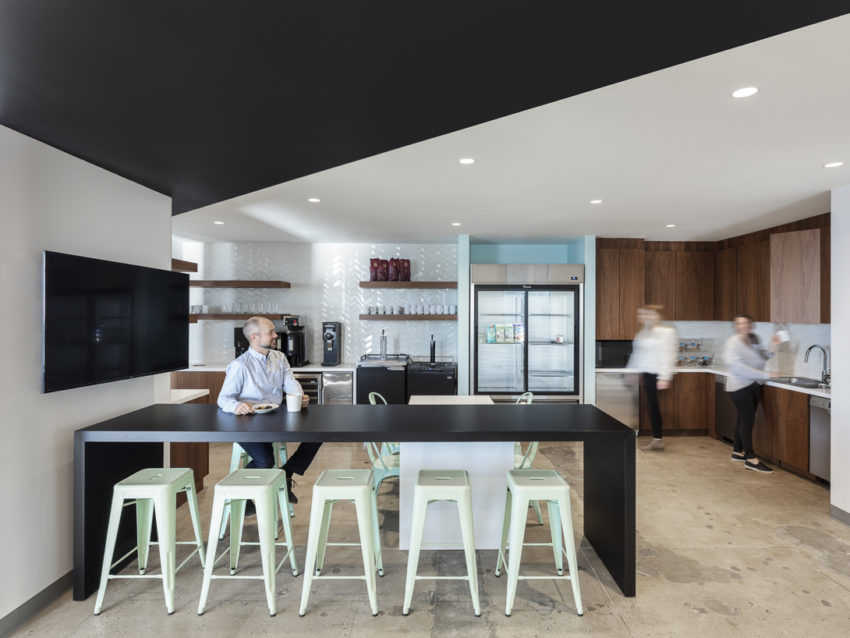 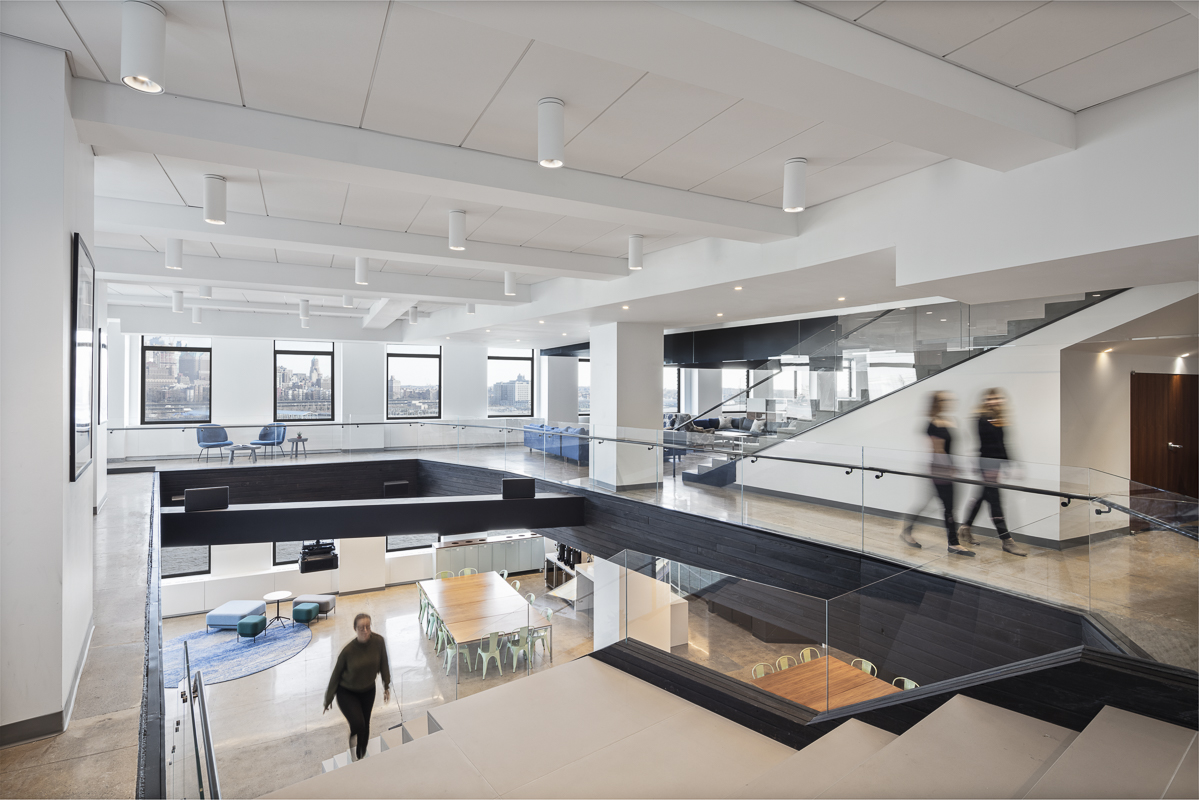 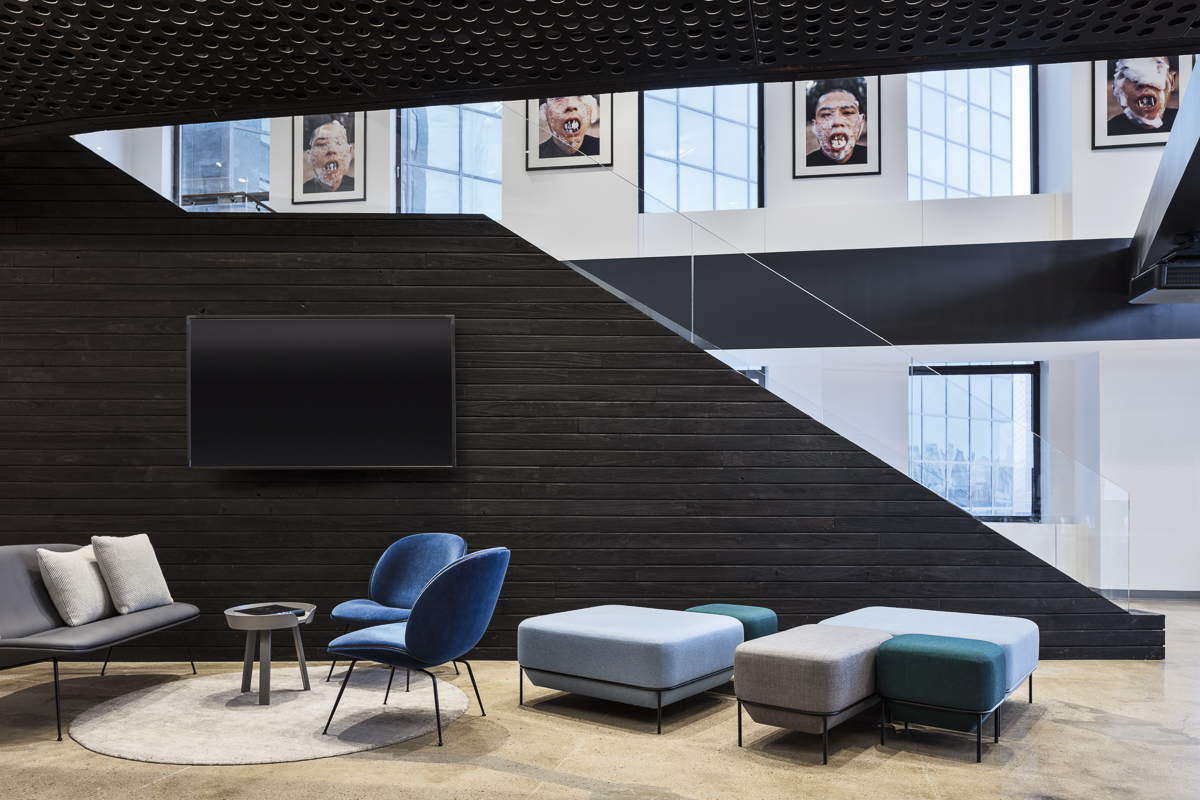 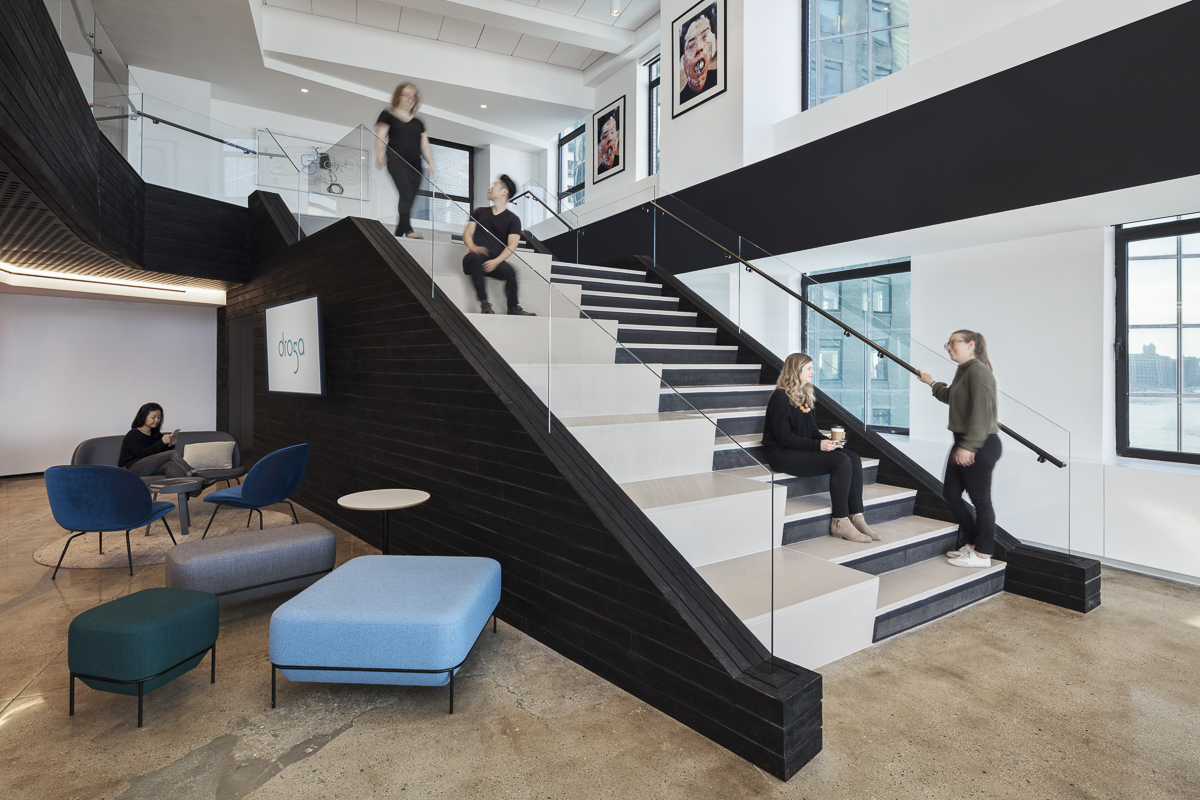