This article is originally from cleveland.com by Eric Heisig on January 13, 2021.

CLEVELAND, Ohio — Construction is underway for a $65 million apartment building near the West Side Market that will add 241 apartments to the city of Cleveland.

Workers with Marous Brothers Construction broke ground last month for Waterford Bluffs, a building that will sit on a 75-foot high bluff at the western end of the Hope Memorial Bridge at Lorain Avenue and West 20th Street in the Duck Island area of Cleveland, according to a news release sent Wednesday by Stoneleigh Cos. The suburban Chicago-based developer aims to finish the building by late next year.

The apartments will range from 445 to 1,055 square-foot units, going from micro apartments to two-bedroom spaces. The release boasts that the building will have numerous amenities as well as the views residents will have of the West Side Market and the city as a whole.

Those amenities include an outdoor dog run, “Zoom rooms” for video conferencing and a street-level storage and repair facility for bicycles. The project’s location capitalizes on the future Lorain Avenue Cycle Track, a two-way bike path separated from traffic, and it is close to the Towpath Trail and the Cleveland Foundation Centennial Lake Link Trail.

Cleveland City Council in October passed legislation approving a 30-year tax-increment-financing deal for the building. The project qualifies for a 15-year tax abatement on revenues. The special tax designation will kick in after the abatement expires, though it does not affect taxes that go toward Cleveland schools. 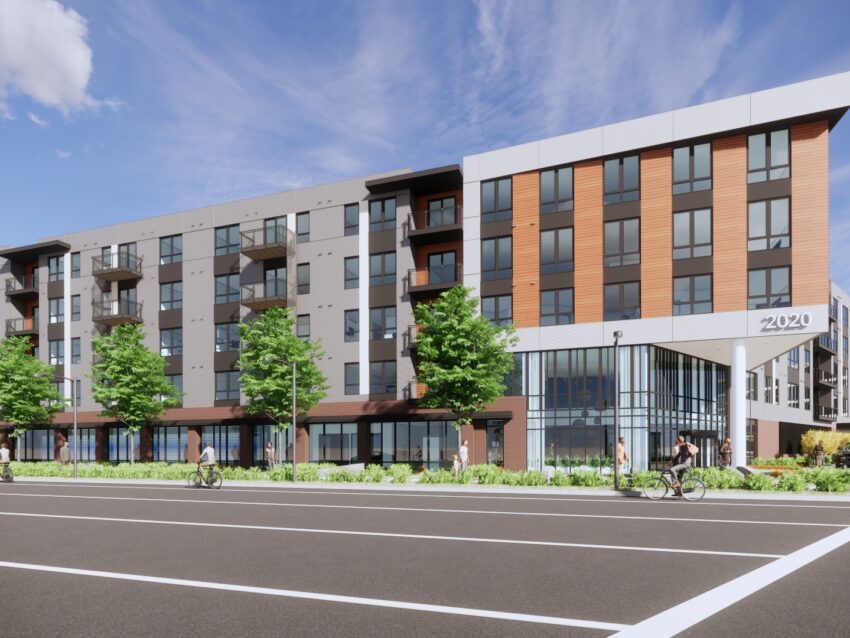