This article is originally from Reuters, written by Herbert Lash on July 1, 2021.

After jumping in the wake of the pandemic, sales of tech for facilitating remote work continues to trend higher. Retail sales of USB cameras and computer microphones rose 77% and 36% each from March to May from the same period last year, after doubling from those months in 2019, according to market research firm NPD Group.

Computer goods maker Logitech International (SA LOGN.S) said earlier this year it expected sales of webcams and cloud-based video collaboration equipment to remain strong in 2021, after tripling to $1.48 billion in the 12 months ended in March from a year earlier.

And a Morgan Stanley survey showed that a majority of companies plan to increase shared workspace, as they try to reduce costly real estate.

“Executives at many corporations would like everyone back, but technology spending plans tell you they recognize the need for a flexible workspace,” said Vikram Malhotra, a real estate analyst at Morgan Stanley.

The rise of the hybrid office poses a headwind to workspace demand in cities like New York and San Francisco, where there have been few big-name office building sales in recent months. Institutional holdings of office assets in the two cities are valued at $231 billion and $128 billion, respectively, according to LaSalle Investment Management.

While leasing activity has rebounded since the lows of the pandemic, rental prices are weak and vacancy rates remain high, weighing on the value of office buildings and stymying deal activity.

Total sales of office properties in Manhattan, for example, slid by more than half to $5.4 billion last year and were just $41.9 million in the first quarter of 2021, according to Cushman & Wakefield Plc (CWK.N).

The work-from-home trend will weaken the pricing power landlords have on leases and the returns investors expect from office assets, Malhotra said. The bank estimates the changes will reduce the amount of U.S. office space by about 13%.

Green Street, a real estate advisory firm, forecast in June that remote work may negatively impact office demand by about 15%.

Many corporations plan to allow at least some remote work, including Swiss bank UBS Group (UBSG.S), which earlier this week announced plans for a mostly hybrid workforce. Other companies, including Goldman Sachs Group Inc (GS.N) and Morgan Stanley (MS.N), have resisted establishing a hybrid workplace.

At Cerner Corp (CERN.O), a U.S. healthcare technology company, 75% of its 27,000 employees could be “dynamic” and work half the time remotely, said Tracy Platt, Cerner’s chief human resources officer.

“We want to get the best of both worlds and we’re confident we can through this model,” she said.

Not everyone believes hybrid work will shrink offices or maintain its appeal in the long run. Most employees will likely work three- to four-day weeks, making space consolidation tougher, said Alex Goldfarb, an analyst at Piper Sandler.

At the same time, “people want to be seen as though they’re part of the game, and there’s not a game out there that you can win if you’re not on the field,” he said.

Still, the pandemic has accelerated changes that had been afoot for some time. Vocon, an architecture firm, designed offices before the pandemic that had 20% of employees at so-called hot desks, where multiple workers use a single physical work station at different times. Now, said Vocon, some clients are allocating more than 40% for what can be shared space.

“Does it make sense to require people to come to a certain specific location every day? In some cases it didn’t make sense before the pandemic,” said Deb Donley, owner and principal at Vocon.

Demand for office space does not need to collapse to adversely impact occupancy, rents and values, LaSalle analysts wrote. A demand drop of 5 to 10% could spur elevated vacancy rates and delay the sector’s recovery five or 10 years, the unit of Jones Lang LaSalle Inc (JLL.N) said.

LaSalle has underweighted its exposure to office buildings since well before the pandemic, said Rich Kleinman, LaSalle’s co-chief investment officer for the Americas.

“Many people have not been accurately assessing the amount of capital that’s needed over the long term to own an office building,” Kleinman said. “It’s not as attractive of a risk-return proposition as some other property types.” 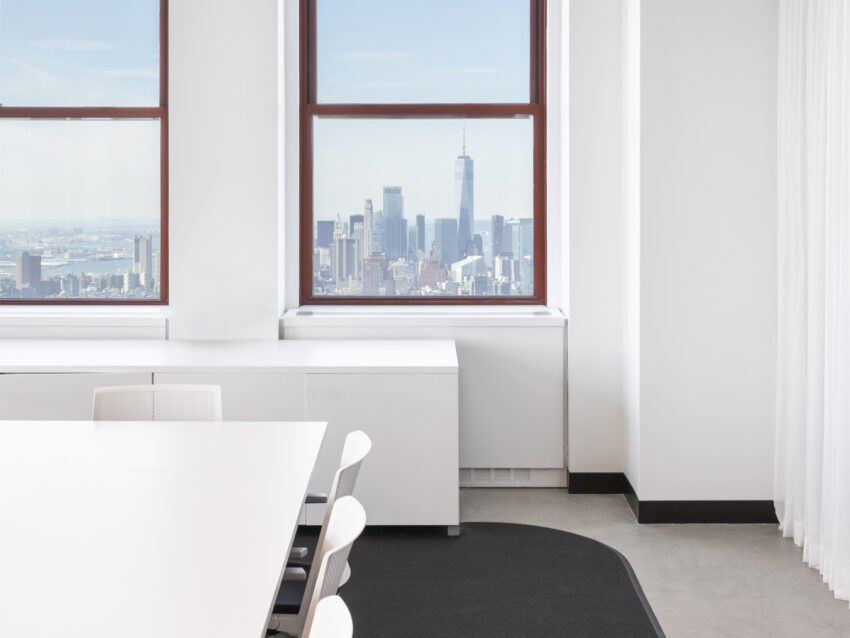